This look back at our martial arts roots comes from the pen of Koichi Tohei (1920 – 2011). Koichi Tohei was a student of aikido founder Morihei Ueshiba and served as head instructor at the Hombu Dojo in Tokyo. He later split from Morihei Ueshiba’s organization and founded the Ki Society.

Koichi Tohei, who was a 10th-degree black belt when he died, is the martial artist credited with popularizing aikido in the United States. Among his more famous aikido students is actor Steven Seagal.

“Power of mind is infinite while brawn is limited.”

Time and time again, our daily newspapers run headlines regarding “Man Throws Piano in Fit of Anger,” “Tiny Woman Lifts Car to Save Son” and other incredible feats. Such stories baffle not only readers but also scientists. For centuries, man has endeavored to find a logical answer for these apparently superhuman deeds without much success.

But to an aikido practitioner, such astonishing acts are readily understood. If, at a given moment, your mind or spirit coordinates perfectly with your body, incredible strength results — more than 10 times your normal power. This perfect coordination of body and mind, unfortunately, will never occur for the great majority of people. The uninitiated few who gain this power almost always experience it during an emergency.

But a highly trained person such as an aikido practitioner can execute and command this strength whenever he deems it necessary. The question that follows naturally is, “How can you coordinate your mind with your body?” To answer this question, you must first learn the meaning of ki (mind or spirit). 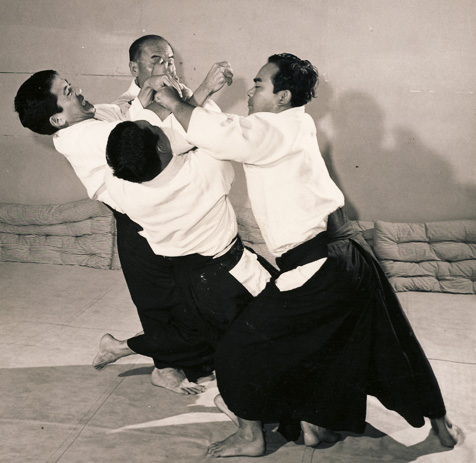 Ki is not a component of your brain, whose chief function consists of thinking. The ki that an aikido practitioner refers to is located at the center of one’s anatomy — a point just below the navel called saika no itten. From this central point, human power or strength originates before flowing to other parts of the body.

This can best be illustrated by imagining that your body is similar to an electrical mechanism. Your brain operates like a battery. It sends messages to a starter point, which in turn acts like a generator and transmits strength to any part of the body.

For another illustration, imagine your arms as rubber hoses attached to the saika no itten point, which acts as a valve. The water is the ki. As you release the water, the hoses (your arms) become firmer and stronger as more liquid (ki) flows through them. Your fingers must be fully extended, permitting the ki to flow through them. If your fists are clenched, the force is cut off, very much like bending a rubber hose and thus cutting off the flow of water from the nozzle. 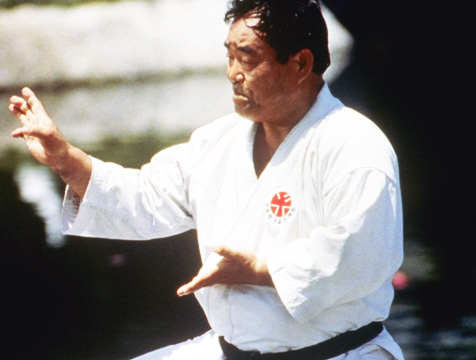 Paradoxically, ki is simple and plain — yet it is difficult to describe. Ki is around us like the air we breathe. But until we develop ki ourselves to a stage where we can actually feel it within us, explanation will be hard. It is like trying to describe a vivid scene to a person who is blind. Each of us is endowed with ki at birth, but most of us remain unaware of it.

However, as we develop our ki through training, eventually we can even sense another person applying his ki. Until we are in that position, most exhibitions of aikido will seem phony because all the throws and maneuvers are done with such ease and grace. 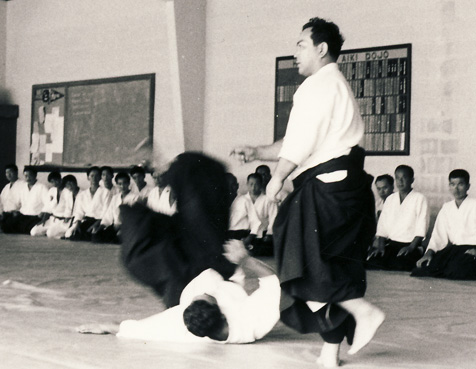 What is aikido and what part does it play in our modern way of living? Aikido literally means “mind together with your opponent’s.” Although aikido is an art of self-defense, self-defense is of secondary importance. Developing ki is the primary objective.

But in order to develop your ki, one must first learn the throws and movements of aikido. Once these are mastered, you can concentrate on synchronizing your ki with your techniques.

As our modern world grows more frenzied and chaotic, we tend to create tension within ourselves — eventually, this results in neurosis and often in stomach ulcers. To attain relief, humans have consumed millions of sleeping pills and tranquilizers. But usually these are only temporary expedients. To find permanent relief, many have turned to yoga, Zen and aikido.

This latter art is intended for modern man because ki training need not be done impassively; it can be performed as one goes about his daily work. Actually, a highly trained aikido practitioner can even keep his ki animated while he sleeps. Aikido training, in addition to developing unknown powers and relaxing tension, also molds character. 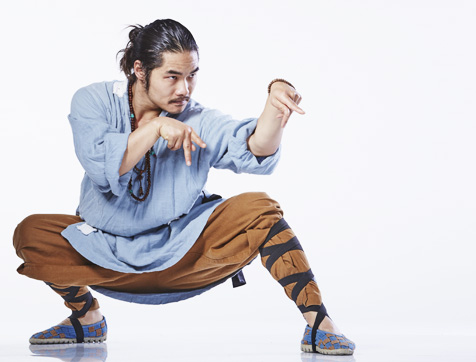 Wang Bo, formerly of Shaolin Temple, is the featured instructor in an online kung fu course from Black Belt. Titled Tree of Shaolin, it streams video lessons to your preferred digital device. Sign up here and start your journey along the 1,500-year-old Shaolin path!

Consider the case of Tom S. From childhood until his mid-20s, he possessed an uncontrollable temper. “Tom would smash the glassware and kick the door down if I did not have dinner ready on time,” his wife explained.

“But after he had practiced aikido for about six months, Tom’s character changed immensely. He stopped kicking the door and didn’t bark at the children anymore. I’m so glad Tom studied aikido because we certainly have a happier home now.”

In Hawaii, there are dozens of documented stories of rough, young punks who once thrashed other people simply because they didn’t like the victims’ appearance, and then changed into proper citizens after aikido training. Aikido is the most recently introduced self-defense art, but it has already established itself in Hawaii and has taken root in California — obviously, for good reason. 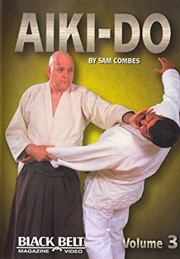 Check out Aiki-Do, a five-volume DVD series from Sam Combes and Black Belt magazine. Order here on Amazon. This article was originally published in the January 1962 issue of Black Belt.