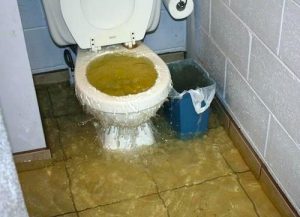 We headed up to Toronto at the beginning of this month for a seminar where 6 other schools were going to join and have a weekend training bonanza. The excitement over the seminar drew people from all around the United States, Canada, and Mexico. There were many athletes that were also preparing for the Jiu Jitsu Worlds In Las Vegas this weekend (August 22nd through he 25th). With the looming excitement of the World Master Championships in Vegas, and the overall enthusiasm to meet in Toronto for the weekend and train, this group was ready for an epic 2 day grappling binge. Some guys booked rooms at the Chelsea Hotel, while others found floors to crash on at the houses of our training partners. the hospitality in Toronto was unmatched, homes were open to anyone in need of a place to stay and every day when training ended we all met up for some Kinton Ramen in Toronto for some ramen bowls and a beer. The 3 day seminar started out Friday morning was scheduled to run through Sunday. The energy levels were through the roof on day 1, guys were excited to be there and preparing hard for the Worlds at the end of the month. Saturday morning came and the first group showed early to open and prepare the facility for training. The mats are scrubbed and sanitized to prevent fungi and infections that can cause things like athletes foot and other disgusting fungal growths. The gym typically only has 6-12 people in class per training day, the total attendance of day 1 was 33. With that many people crammed into a tight space, resources become limited. The mat space becomes limited, so we train in groups, then swap after 3 matches so people can rest. The bathrooms become heavily used, usually beyond functional means. Unfortunately this is what ended training early on day 2. On Saturday around 10am one of our members used the restroom, after flushing the toilet it began to backup rapidly. I believe there were some plumbing issues already in play here and that specific clog was not the result of a member using half a roll of toilet paper to clean up. It was an embarrassing moment for the young man as he exited the bathroom only to yell across the room to the facility owner that sewer water was backing up onto the floor. A few of us congregated to try and manage the overflow but it became obvious that this was going to be a plumbing disaster that was beyond our control. The toilet continued over flowing to the point that we had to shut the water off. Poop water had literally flowed out of the bathroom and into the training area where the odor became unmanageable. We scrambled to get the training mats off of the floor and save as much of the property as we could from damage. I jumped on my trusty smart phone to search for someone that services clogged drains in Toronto and found a company that was able to send an emergency plumber out immediately. The idea was that if we could get a plumber out to fix the toilet, maybe we could also get a cleaning service out to have it ready for training on Sunday. We found a cleaning company in Toronto that came in and sanitized the entire facility the same day. After a deep cleansing we aired out the room and came back the next morning and were ready to train. Sunday wrapped up nice, we all trained hard and ended the day on a good note. I finished my day on the toilet and was hesitant to flush it, but I did and nothing backed up so I was thankful for that. Maybe next year we will contact this BJJ School in Toronto to get a bigger space and more people involved.